It is always a good time to visit just about every country and Albania is no exception. On the other hand, bad weather can easily ruin even the most carefully planned trip. For that reason it is always helpful to know the climate of the chosen destination because it enables you to maximize your traveling experience.

Due to its location along the Ionian and Adriatic Seas many people expect the mild Mediterranean climate but that is not the case in Albania except in coastal region and lowlands. Here, the climate and average temperatures are very similar to other Mediterranean countries which means that the winters are mild and that the summers can be very hot. However, the average temperatures in southern lowlands are higher for about 5 degrees Celsius than in lowlands on the north throughout the year. The difference in temperatures tends to be higher during the summer and some what lower during the winter.

The weather and temperatures in the inland and highlands are more affected by altitude rather than latitude. The mountainous regions in Albania have continental climate, while the winters are very cold because of the north and northeastern winds that blow most of the time and the influence of the continental air mass that plays the key role in the weather in the Balkans. The highest mountains are covered with snow from November to March and some of the most spectacular places in the Albanian highlands are inaccessible during the winter months.

If you have checked your Albania tourist guide, you have probably read that the best time to visit the country is spring or autumn. That is true if you want to explore the country and go sightseeing because the temperatures are pleasant both during spring and autumn. On the other hand, you should perhaps also consider planning your trip to Albania during the summer because it is worth to take advantage of the country’s location along Adriatic and Ionian Seas. If you would like to avoid the summer heat and enjoy the beautiful beaches on the Albanian coast, you should plan your trip late in spring or late in summer when it is pleasantly warm and the precipitation is low just about everywhere. 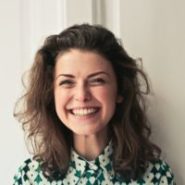